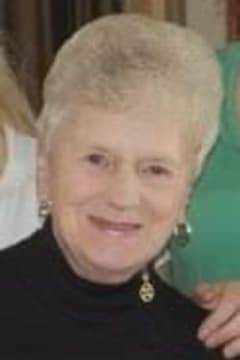 Beverly Ann Foust
April 23, 1929 – Dec. 30, 2020
Beverly Ann Foust, 91, Duncansville, passed away Wednesday.
She was born in Altoona, daughter of the late Glen E. and Eleanor L. (Shellenberger) Clouser.
Beverly married Jack A. Webster in 1949, then married Robert J. Foust in 1984. Both preceded her in death.
Beverly is survived by three sons: Jeffrey C. (Cynthia) Webster and Stephen J. (Amy) Webster of Altoona, and Gregg R. Webster of Mechanicsburg; daughter-in-law, Joyce Webster; 13 grandchildren; 14 great-grandchildren; and her brother, Richard L. Clouser of Pittsburgh.
She was preceded in death by a son, David Webster; and a granddaughter, Julie Webster.
Beverly was a 1947 graduate of Altoona High School.
She was employed as a cashier at A&P, Acme and Wissinger supermarkets.
She had been a resident of the Winds at Mattern Orchard in Duncansville since Sept. 2014. She then moved to the Graystone Manor at Bellmeade in Jan. 2020.
A private funeral service will be held at the convenience of the family. Arrangements are by E. Merrill Smith Funeral Home Inc., 2309 Broad Ave., Altoona.
Condolences can be made at www.stevensfamilyfuneralhomes.com or Stevens Family Funeral Homes Facebook page.

Sorry for your loss. I always loved helping Bev. find her Alfred Dunner clothes at JCPenney. She was such a fussy lady, but very sweet. Last time before I retired, she brought me a nice box of candy.
- Alice Kotzatoski

Our deepest sympathy wishes & prayers to all of your family. We are so sorry for your loss. Doug, Jennifer & Nicholas Helsley
- Helsley's