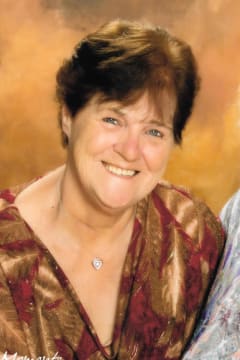 Bonnie L. Green, 75, Altoona, earned her angel’s wings after her battle with cancer on Saturday at her residence.
Bonnie was born in Altoona, daughter of the late Merrill and Geraldine (Simpson) Mills.
She is survived by two daughters: Connie J. Ingram (Dan) of Altoona and Heather Harlow (Tom) of Gallitzin; eight grandchildren: Clarica (Bob), Christopher, Mazzie (Kevin), Megan (Chris), James, Tessa, Miranda, Caleb and Brayden; nine great-grandchildren: Bradin, Lilly, Joey, Hunter, Abbie, Aubree, Mason, Ava and Skylynn; four brothers and three sisters.
She was preceded in death by a daughter, Lucinda Beard and a grandson, Daniel Ingram.
Bonnie was an avid Pittsburgh Steelers Fan and a mother to all.
Friends will be received from 2-4 and 6-8 p.m., Tuesday, March 30, 2021 at E. Merrill Smith Funeral Home, Inc., 2309 Broad Avenue, Altoona, PA 16601. A private funeral service will be held at the convenience of the family. Interment will be at Blair Memorial Park, Bellwood.
The family requests that friends send plants rather than cut flowers, so that they can be planted in Bonnie’s garden.
Condolences can be made at www.stevensfamilyfuneralhomes.com or Stevens Family Funeral Homes facebook.

Connie and Clarica I am praying for Gods comfort for you at the passing of your mom and gram. But I know that you will still see her and hear her each and every day. Every time you look in the mirror you will see her looking back and it will make you smile. When you speak, you will hear her in your own voice. Each an every day your memories of her will bring you comfort for God never leaves you without those special times coming back to you and making you smile. I love you both and know that I'm here for you if you need anything or just need a shoulder to cry on. Love Nancy
- Nancy Mitcheltree

I am going to miss you I am sorry I did not know. I love and will miss you my sister Love Barry your brother
- Barry Mills

Bonnie, you will never be forgotten!! We love you and will always remember the great times we shared!! Love Michael and Tracy
- Michael Mallory