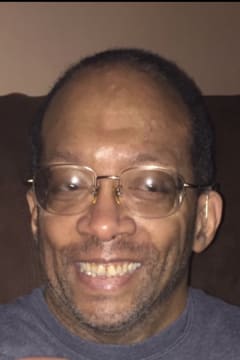 Obituary For Charles U. Miller

Charles U. Miller
June 4, 1964 – January 4, 2022
Charles U. Miller, 57, Altoona, passed away Tuesday at UPMC Altoona after an extended illness.
Charles was born in Altoona, son of the late Charles U. Cuff and Alice A. Miller.
Surviving are two sisters: Alesia Miller (Scott) and Elizabeth Miller both of Altoona; a brother Henry M. Miller of Altoona and several nieces and nephews.
Charles was a graduate of Altoona Area High School and enjoyed watching sports, especially the Pittsburgh Pirates and Pittsburgh Steelers.
Charles was also a brother of the Arandale Elks.
Friends will be received from 2-4 and 6-8 p.m., Monday, January 10, 2022 at E. Merrill Smith Funeral Home, Inc., 2309 Broad Avenue, Altoona, PA 16602. A funeral service will be held at 10 a.m., Tuesday, January 11, 2022 at E. Merrill Smith Funeral Home with Reverend George Bailey. Interment will be at Blair Memorial Park, Bellwood.
Condolences may be made at www.stevensfamilyfuneralhomes.com or Stevens Family Funeral Homes Facebook.