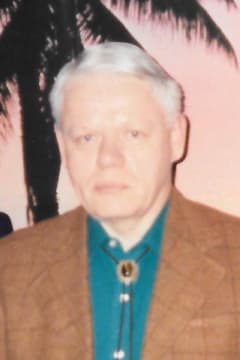 Frederic V. Shaefer, 85, Altoona, passed away Thursday at UPMC Altoona.
Frederic was born in Altoona, son of the late Virgil and Evelyn (Richner) Shaefer.
On October 19, 1968, he married Claramae M. Matthews, who preceded him in death on July 23, 2015.
Surviving is a daughter, Rebecca Bledsoe (Joseph) of Bellbrook, OH; a son, Paul F. Shaefer (Stacy) of York; five grandchildren: Christopher and Natalie Bledsoe and Katherine, Avery and Ethan Shaefer; and a brother, Richard (Carol) Shaefer.
He was preceded in death by a brother, Charles Shaefer.
Frederic was a 1953 graduate of Altoona High School and a 1957 graduate of the University of Pittsburgh. He retired as a pharmacist at Dick’s Pharmacy after many years of service.
He was a member of First Presbyterian Church, Hollidaysburg. He also was a member of Altoona Association of Model Railroaders, Pennsylvania Railroad Technical and Historical Society, Jaffa Shrine, Ancient Accepted Scottish Rite and was Past Master of Mountain Lodge #281.
A memorial service will be held at the convenience of the family. Interment will be at St. Mark’s Cemetery, King Township.
The family requests that memorial contributions be made to Altoona Association of Model Railroaders, 2930 S. 10th Avenue, Altoona, PA 16601 in Frederic’s memory.
Arrangements are by E. Merrill Smith Funeral Home, Inc.
Condolences may be made at stevensfamilyfuneralhomes.com or Stevens Family Funeral Homes Facebook.