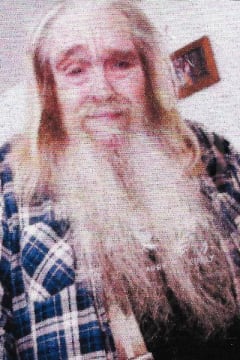 Gary M. Jones, 68, Ashville, formerly of Lakemont, passed away peacefully surrounded by his wife, daughter, son-in-law and three grandchildren. He was very strong in his battle with dementia and many other health issues.
Tink was born in Altoona, son of the late Franklin Lee and Cora (Fisher) Jones. He married Jeannie Hughes.
He is survived by his wife and best friend of 45 years; a daughter, Rachel Jones and son-in-law, Jerry Hollabaugh, and their 3 children: Jerry IV, Braydon and Dawn; his daughter Crystal’s children: Kyah and Madelynn Schraff; three older brothers: Dave (Marge) Jones of CA, Kenneth (Marci) Jones of Seattle, WA, and Franklin (Marianne) Jones of Dubois; a brother-in-law, Sherman Wilt of Lakemont and many nieces, nephews and cousins.
He was preceded in death by his oldest daughter, Crystal Schraff on April 17, 2008 and a sister, Suzanne Wilt on July 29, 2012.
Tink retired from Blair Sign and had previously worked in hard construction and roofing.
His passions were his family and Harley-Davidson motorcycles. He was very good with his hands and could fix anything. His love for his family overpowered everything and he was the glue that held everyone up. He loved to take his family camping and loved talking on his CB radio, where he was known as “Santa Clause”
Tink requested that there be no funeral services and requested that donations go to his family in lieu of flowers.
Arrangements are by E. Merrill Smith Funeral Home, Inc.
Condolences may be made at www.stevensfamilyfuneralhomes.com or Stevens Family Funeral Homes Facebook.