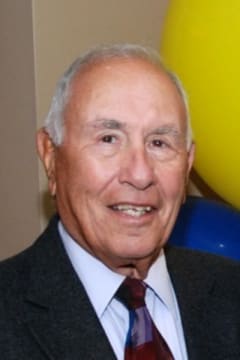 Henry C. Weinberg passed away peacefully at home on November 18, 2020, after an extended illness. He was born on January 6, 1930, in Altoona, the son of the late Jules and Esther (Colbus) Weinberg and stepson of the late Jeanette Weinberg.

Henry is survived by his loving wife of 56 years, Maxine (Stein), sons Joel (Amy) and Marc, and daughter Ellen (Ken) Marowitz, along with grandchildren: Jenna and Michael Weinberg, Sara, Max and Nathan Weinberg, Marnie and Addie Marowitz. He is also survived by his sister Celia (Harvey) Dezen, step-brother Ron(Sue) Margolies, their families and a multitude of friends who knew and loved Henry.

He graduated from Altoona Area High School in 1947 and attended the University of Pittsburgh, St. Francis and Duquesne Universities. Henry along with his parents opened the Colony Shop, a popular children and junior clothing store and operated it for 38 years. He then worked in the PA Treasurer’s office for 15 years before retiring in 2004.

His true vocation in life was serving others. In addition to his family, Henry was devoted to his Synagogue and community where he was a tireless volunteer. He followed in his father’s footsteps as President of Agudath Achim Congregation, was Chairman of the Cemetery Committee for 40 years and tutor for many children preparing for their B’nai Mitzvah. He was a loyal volunteer in the Emergency Department of UPMC Altoona, a member of SCORE, and a 50-year member of the Shrine.

Due to the COVID-19 pandemic, a private graveside service will be held. Arrangements are by E. Merrill Smith Funeral Home.

Condolences and questions about a recording of the service may be sent to them. A celebration of life in Henry’s honor will be held at the convenience of the family.