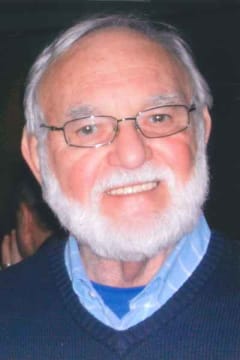 Irving Seltzer
June 7, 1929 – Jan. 8, 2021
Irving Seltzer, 91, Duncansville, after a full, exciting and interesting life, passed on to his eternal reward on Friday, January 8, 2021.
Irving was born on June 7, 1929, and raised in Philadelphia, PA, the son of Frank and Yetta (Applebaum) Seltzer. His parents and sister, Rose (Seltzer) Miller preceded him in death. He was the last of his generation of the Applebaum family to survive.
Irv attended public schools in Philadelphia, and had never ridden on a school bus, walking to grammar school, Olney High School, and Temple University where he attained a Bachelor’s Degree in Business and Public Administration and a Master’s Degree equivalency in Economics and Statistics. During his high school and early college years, he was active in Sigma Alpha Rho fraternity, serving as Sacred Ruler of the ETA Chapter, Exalted Ruler of the Philadelphia District Council, and on the Supreme Board of Chancellors of the International fraternity.
Irv and his wife Joan, who preceded him in death on May 15, 2002, moved to Altoona in 1954, to establish the Altoona Telephone Message Center.
Surviving are his beloved wife, Judith (Erb/Masson) Seltzer, and his four children, Steven, Michael, Alison and Alex (Lisa); daughter-in-law, Amy Beth Seltzer all of whom reside in Blair County. Also surviving are his step-sons-in-law, Stephen (Jennifer) Clair of Beacon, NY and Rob Masson of Ballston Spa, NY; grandchildren: Andrea (Rob) Okonak of Altoona, Adam Benjamin (Suzanna) Seltzer of Wallingford, PA, Joshua Ryan (Courteney) Seltzer of Falls Church, VA, Ryan Alexander Seltzer of Altoona and Esther Rose Clair and Henry Ivan Clair of Beacon, NY; great-grandchildren: Connor Robert, Grant Jonah and Tenley Josephine Okonak all of Altoona, and Jackson Cole, Colton Wyatt and Peyton Grace Seltzer of Wallingford, PA.
Irv was a U.S. Army Reservist from 1951 to 1984, initially enlisting as a Private and retiring as a Lieutenant Colonel, missing only one enlisted grade.
In his business endeavors he was CEO and Board Chairman of various business enterprises; including Modern Communications Corp., Manpower Inc. of Altoona, Computications Management Corp., LeisuRentals, Inc. and Phonepower, Inc. He also founded Mid-State Hearing Aid Center in 1957, introducing the Otarion Eyeglass Hearing Aid to Central Pennsylvania. In 1982, at age 53, he applied for enrollment at the Delaware Law School, was accepted and attended full-time, graduating with a Juris Doctorate degree in 1985. He was authorized to practice in Pennsylvania, New Jersey and the District of Columbia, establishing a law practice in Kennett Square, PA, which he closed in 1988, when returning to business activities in Altoona. He maintained his Pennsylvania law license.
In his role as a teacher, he was an instructor at the Altoona School of Commerce and taught Business Management and Business Statistics at Penn State Altoona. He served as a member of the Penn State Altoona Downtown Advisory Board for several years. He was also professionally trained as a mediator, and was a member of the Pennsylvania Council of Mediators and The Association for Conflict Resolution.
He was very involved in community and civic activity, having served as President of the Bellemead Civic Association, Business Manager of the Altoona Symphony, Secretary on the Board of Directors of Agudath Achim Congregation, President of the Altoona Lodge of B’nai Brith, an active member of the Altoona Jaycees for 11 years, including Jaycee of the Year in 1966, Outstanding Americanism and Governmental Affairs Chairman with the Pennsylvania Jaycees (award being presented by President Lyndon B. Johnson at the White House), 40 year member of the American Economic Association, Board Chairman of the Greater Altoona Economic Development Corp (GAEDC) and continuing Board Member for 20 years, past President of the Altoona Duplicate Bridge Club, Board Member of Altoona Blair County Development Corp. for two years, Board Member of the Allegheny Ridge Corp., and two separate multi-year terms as a Board Member of the Blair County Arts Foundation.
Irv was a member of the Rotary Club of Altoona for over 60 years, where he was President of the club in 1973-74, District Governor of Rotary International District 735 from 1977-78, past District Governor of Rotary International District 7360, a Paul Harris Fellow and Major Donor, Paul Harris Society with Distinction, a Blair County Chamber of Commerce member, a shareholder of the Central Pennsylvania Health Services Corp. (Altoona Hospital), past Founding member and later President of the Pennsylvania Association of Telephone Answering Services, past President of the Mid-East Telephone Answering Services, past Board Member of Atlantic States Telephone Answering Association, past Board Member of Associated Tele-messaging Services International (and Hall of Fame member of that Association). He was Co-founder of the Pennsylvania Association of Radio Common Carriers, member-emeritus of the Association of Manpower Franchise Owners (AMFO), consultant of the Executive Service Corps of the Delaware Valley, past Board Member of the Blair County Chapter of the National Alliance for the Mentally Ill (NAMI), a member of the National Trust for Historic Preservation, Blair County Fellow of the Blair County Community Endowment (now Central PA Community Foundation), a Life member of the Reserve Officers Association, member of the Military Order of Army Officers, long-time member of the Telephone Collectors International and Antique Telephone Collectors Association.
Funeral services will be privately held at the convenience of the family. Interment will be at Agudath Achim Cemetery.
Arrangements provided by E. Merrill Smith Funeral Home, Inc., 2309 Broad Ave., Altoona, Pa. 16601.
Condolences may be made at www.stevensfamilyfuneralhomes.com or Stevens Family Funeral Homes Facebook.