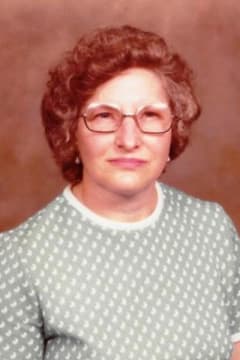 Obituary For Iva I. Curry

Iva I. Curry, 97, Village at Morrisons Cove, formerly of Altoona, passed away Friday after an extended illness.

Iva was born in Spruce Creek, daughter of the late Frederick and Odessa Mae (Parks) Lear. On September 12, 1949, she married Emory J. Curry who preceded her in death on October 6, 1994.

She was preceded in death by a daughter, Darla Curry and thirteen siblings.

Iva was a graduate of Petersburg High School and was a prior member of First Lutheran Church, Altoona.

She enjoyed music, cooking, baking, holidays and most especially spending time with her family.

Funeral services will be private and held at the convenience of the family.

Interment will be at Alto Reste Cemetery.

The family requests that memorial contributions be made in Iva’s memory to Village at Morrisons Cove, 429 South Market Street, Martinsburg, PA 16662 for the Good Samaritan Fund.

Condolences may be made at www.stevensfamilyfuneralhomes.com or Stevens Family Funeral Homes Facebook.