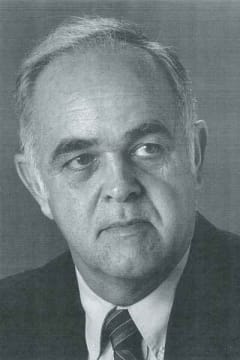 Jim graduated from Altoona High School 1948 and served in the the Navy 1951-1954.
After circling the world twice and meeting the Queen of England, he attended Penn State University where he earned his Bachelors degree and later a Masters and a Doctorate.
He married Jeanne Smith August 31, 1957 and the family grew with children Kevin Slick 1958, Lynn (Andy) Harbison 1963, Cory Slick 1968
Jeanne died in 1985, and he later married Carol Holmgren in January of 1992.
Carol passed away in 2012 and Cory died in 2013

After graduating from Penn State, he worked as an electrical engineer for companies such as Sylvania and HRB Singer. While at HRB he worked on multiple systems for the SR-71 Blackbird, and spent time as an onboard Flight Engineer. He began working at Penn State in the Career Development and Placement Center in the 1970s and later started the Cooperative Education Program for the College of Engineering and served as the director from 1985-1994. He was a founding member of the Nittany Bible Church from 1976 until his death

He loved hunting and fishing and could often be found in the woods and streams of central Pennsylvania with one of his beloved Brittany Spaniels.
Jim was also known for his love of puns, the more groan-inducing, the better. He loved country music, the more twangy and old-time, the better.

A private service for the family was held on December 7, 2020 and a celebration of his life will be held at a future date when conditions allow for a large group to gather.
In lieu of flowers, contributions can be made to the Nittany Bible Church 461 Deibler Road, Pennsylvania Furnace, PA https://www.nittanybible.com