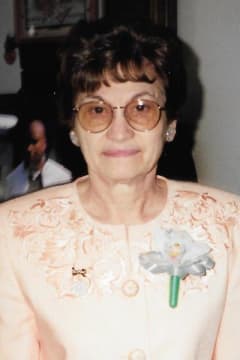 Janet Arlene Keller
Feb. 12, 1939 – Dec. 4, 2020
Janet Arlene Keller, 82, Hillview Rehabilitation and Healthcare, formerly of Juniata, passed away Friday at her residence.
Janet was born in Huntingdon, daughter of the late Paul L. and Virginia R. (Sneath) Berkheimer. On July 7, 1956, she married Samuel D. Keller who preceded her in death on April 5, 2001.
Surviving are two daughters: Debra Kay Smith (Rick) of Altoona and Karen Lee Lattieri (Michael) all of Altoona; two grandchildren: Samantha L. Lattieri and Eric S. Smith; six great-grandchildren: Avery, Bennett, Traxton, Kaydence, Eric Jr. and Elayna; two brothers: Tom Berkheimer (Beverly) and Dave Berkheimer, of Hollidaysburg; and two sisters, Dorothy Fitzgerald and Virginia Goss (Greg) of Hollidaysburg.
She was preceded in death by a sister, Carol J. Lytle; and a brother, James Berkheimer.
Janet was a graduate of Altoona High School and was a homemaker.
She previously worked as a sales person at Gables Department Store and Fashion Bug.
She was a member of the former, Pleasant Valley Assembly of God and enjoyed sewing, crafts, gardening and genealogy.
Private funeral services will be held at the convenience of the family.
Arrangements are by E. Merrill Smith Funeral Home, Inc.
Condolences may be made at www.stevensfamilyfuneralhomes.com or Stevens Family Funeral Homes Facebook.

Aunt Janet you will be missed I will remember the good old days when we used to come and visit with you I wish I can turn back the clock . My you RIP I love you and sending Prayers for the family So Sorry for your loss, your Niece Susan .
- susan Foor