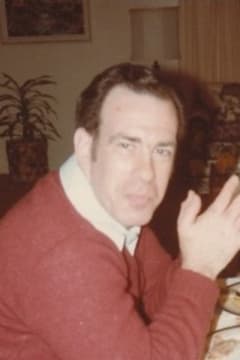 William M. Rosch, 76, of Largo, Fl., formerly of Altoona, passed away Monday of complications from COVID-19. Son of the late Dr. Bernard and Helen (Kessler) Rosch, Bill relocated to Florida in 2009 after retiring from Valley View Nursing Home (now, Maybrook Hills), where he worked as an aide for nearly four decades.

Bill graduated from Altoona High School in 1962. He was born with mild cerebral palsy, which made most physical activities a challenge and team sports not an option. Then Bill met Jake Webb, owner of Jake’s Gym and founder of the Altoona Barbell Club. Mr. Webb introduced Bill to weight lifting and soon became his mentor and staunchest supporter. For more than 15 years, Bill competed in local and statewide weight-lifting competitions, taking home a shelf-full of trophies and a sense of self-worth he could have never imagined.

In July 1997, Bill married Norma Otto at the Casino at Lakemont Park. Not even six months later, Norma suffered a debilitating stroke and required more care than Bill could provide. Sadly, she had to move in with her daughter in Michigan. Still, Bill never stopped believing in goodness, continuing to treat everyone with kindness and always putting others first. He was quick with a smile, famous for telling groan-worthy jokes and had the most infectious laugh. He will be dearly missed.

A private funeral service was held on Wednesday at Congregation B’nai Israel in St. Petersburg, Fl. Due to the pandemic, a gravesite memorial service at the Agudath Achim Cemetery in Altoona is postponed until summer. Arrangements are provided by the E. Merrill Smith Funeral Home, 2309 Broad Ave., Altoona, Pa. 16601.

Contributions in Bill’s honor may be made to St. Jude Children’s Research Hospital, 501 St. Jude Place, Memphis, TN. 38105 or online: www.stjude.org/memorial, long a favorite charity of his for helping to end childhood cancer; also, when Bill was a child, he loved Danny Thomas.
Condolences may be made at www.stevensfamilyfuneralhomes.com or Stevens Family Funeral Homes Facebook.

Dear Leah & Debbie Our deepest condolences on your loss of Bill. I remember him always In shul praying from your seats. Baruch Dayan Emet!
- The Karps
Dear Debbie & family , I would like to express an my deepest thoughts an prayers on the passing of your brother . he was a great guy an a good person . I lost touch with him over the years, May God bless you all.
- Timothy Bell